Types of the Certificate of Deposit (CD)

You have to lock up your money up in the account for a specified period of time. It’s possible to get out early, but you’ll most likely pay a penalty. A certificate of deposit (CD) is a document issued by the bank to an investor who chooses to deposit his funds in the bank for a specific amount of time. A certificate of deposit can also be referred to as a promissory note issued by a bank. What is a certificate of deposit and how does it work?

Certificates of deposit are a secure form of time deposit, where money must stay in the bank for a certain length of time to earn a promised return. A CD, also called a “share certificate” at credit unions, almost always earns more interest than a regular savings account.

If you buy a certificate of deposit, you’re essentially creating an investment account, like a savings account, where the money will sit for the term of the CD and earn interest without being touched. If you leave the CD alone for the entire term and cash it out when it matures, you’ll have earned a certain amount of interest.

Sometimes there are charges for early withdrawals, and other times you have more flexibility to withdraw your money on short notice, similar to the flexibility provided by a savings account. Purchasing a Certificate of Deposit from a bank is one way to make a low-risk investment with a better yield than a checking or savings account.

Some institutions offer higher rates on CDs with “call” options, which give the issuing bank the option to “call” or terminate the CD before its scheduled maturity. This protects the bank against having a portfolio of high-interest accounts if interest rates suddenly drop. CDs typically pay higher interest rates than rates available from savings accounts because you promise to keep your money locked up for a certain amount of time. Similar to other types of savings accounts, the CD’s issuer will pay you interest on the money in your account. If you’re thinking about opening a CD and are comparing different accounts, pay close attention to the annual percentage yield (APY).

Eligibility for Certificate of Deposit:

For example, if you buy a $10,000 CD with a one-year term and interest compounded monthly, and the interest rate is 3 percent, you’ll have $10,304.16 at the end of the year when you withdraw it. The withdrawal of $10,304.16 is only taxable income to you, however, to the extent of $304.16, because the other $10,000 was simply what you paid in. But you can certainly purchase CDs wherever you already have your checking and savings accounts. Or look for “specials” from local banks and credit unions to find good deals. They might appear in advertisements online or in local news sources.

One feature of the CD is that once the money has been deposited for a period of time the depositor cannot withdraw the funds without incurring a penalty for early withdrawal. Since funds cannot be withdrawn as pleased, the interest paid to the depositor of a CD is higher than for a savings account. Once the CD matures, at the end of the specified term of holding the funds are repaid to the depositor alongside the interest calculated for the period. CDs issued by banks can be negotiable or non-negotiable.

Many CDs and some fixed deposits have penalties for early withdrawal of funds, although some banks now offer “no penalty” CDs. Be sure you check these provisions before you put money into either a CD or fixed deposit. Fixed deposits that are not specifically CDs might have special withdrawal options, so an investor can take out a certain amount within a given time period. For instance, withdrawals might be limited to so many per quarter or to a certain percentage of the total account. CDs and fixed deposits in a bank or savings and loan are guaranteed by the Federal Deposit Insurance Corp. for up to $250,000 per institution.

The date on which that period ends is called the maturity date; when the CD matures, you can either redeem it (cash it in) or renew or extend it. If you choose to cash it in, you get back all the money you invested plus the interest it earned before it matured. CDs are a low-risk investment option, and just like bank accounts, they are federally insured if held at an FDIC-insured bank. The interest you earn on the CD is tax-deferred until the maturity date.

Certificates of deposit (CDs) are among the safest investments available from banks and credit unions. They typically pay higher interest rates than savings accounts andmoney market accounts, but there’s one drawback.

What is a Certificate of Deposit (CD)?

Just like deposit accounts, CDs earn interest over time until you cash them out at maturity. The amount you pay to buy the CD is generally not taxable, even when you cash it in; however, any interest you earned on the CD before it matured is taxable income, and you’ll have to report it to the IRS. Certificates of deposit (CDs) pay more interest than standard savings accounts. Find the highest nationally available rates for each CD term here from federally insured banks and credit unions. If you want to save money and want higher interest rates than offered by most savings accounts, CDs are a smart choice.

When banks and credit unions want to attract deposits, they offer especially high-interest rates to grab your attention. The main difference between the two forms of instruments is the time period of maturity of the two. While a CD is usually for a longer term, a promissory note is for a shorter period. Certificates of deposit and fixed deposits (also called time deposits) have many similarities.

All CDs come with varying rates that usually depend on the length of the term. Some banks require you to hold a minimum balance in a savings account lest you face monthly charges.

Some banks even refer to fixed deposits as CDs. Both CDs and fixed deposits will pay interest more than “passbook” savings accounts, where money can be withdrawn at any time. The difference between the two is that certificates of deposit are freely negotiable, while fixed deposits are not. A CD is a type of bank account that offers a higher interest rate than other accounts when you agree to keep your money in the CD for a certain amount of time, called the time to maturity.

What is meant by certificate of deposit CD )?

Definition: A certificate of deposit (CD) is a short-term security with a fixed interest rate and maturity date issued by a bank that seeks to raise funds from the secondary money market.

This time frame can range anywhere from three months up to five years. Once the CD reaches the maturity date, you can do nothing and allow the CD to roll over for another term, or you can cash it out. There are dozens of financial institutions, banks and credit unions — both online and physical locations — that offer CD investments.

A negotiable CD allows the holder to sell it on the money market before maturity. A non-negotiable CD mandates the depositor hold the funds till maturity or incur a penalty for early withdrawal. A certificate of deposit, or CD is a type of deposit account that generally earns higher interest than a standard savings account. With a traditional CD, you deposit a fixed investment for a fixed amount of time at a fixed interest rate.

How do CDs work? 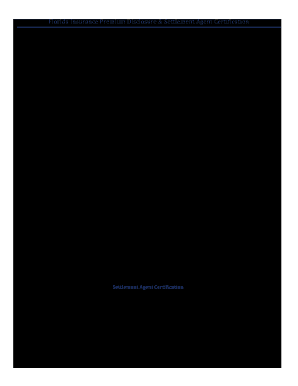 But, if you tuck away your money in a five-year CD — some banks offer CDs with terms as long as 10 years — and end up needing your cash, you may be looking at penalties for early withdrawal. We rated them on criteria including annual percentage yields, minimum balances, fees, digital experience and more; we favored those with the highest CD rates. We excluded banks that offered brokered CDs, since those accounts work differently from standard bank CDs. When they are talking about investing in fixed income, bonds are pretty much the only game. When they mention cash, they mean money market funds, not bank savings accounts or CDs.

CDs are best described as timed deposits that credit a fixed rate of interest tied to a maturity date. A lengthier deposit period results in a higher rate of interest. CDs are issued with maturities that range in length from one month up to 10 years. With traditional CDs, banks charge a penalty for withdrawing money prior to the maturity date. Some banks now offer no-penalty CDs that allow you to withdraw your money without penalty, but you are likely to receive a much lower interest rate for that privilege.

Other types of CDs allow you to withdraw only interest without penalty. A certificate of deposit is a type of investment that accrues interest much like a bank account but at a higher rate. You invest in a CD by purchasing it from a bank and specify how long you want to hold the CD. Most CDs can be held for six months, one year or five years.