Understanding the Difference Between Amortization and Depreciation

An acquisition identifies the value one party was willing to pay for an asset while at the same time identifying the value another party was willing to accept to relinquish that asset. Assets are used by businesses to generate revenue and produce net income. Over a period of time, the costs related to the assets are moved into an expense account.

How many years amortize intangible assets?

Amortization of Intangible Assets
Under US GAAP, the cost of intangible assets are either amortized over their respective useful/legal lives, or are tested for impairment on an annual basis. This differs from tangible assets which are depreciated (resulting in a depreciation expense) over their useful life.

If the fair value of the reporting unit is less than its carrying value, goodwill has been impaired. An impairment loss is recognized on the income statement and the goodwill account is reduced. The impairment loss is calculated by subtracting the fair value of a reporting unit’s net assets from the reporting unit’s carrying value. Amortization is the process of incrementally charging the cost of an asset to expense over its expected period of use, which shifts the asset from the balance sheet to the income statement.

The concept also applies to such items as the discount on notes receivable and deferred charges. In this situation, balance sheets prepared in accordance with generally accepted accounting principles (GAAP) lump leasehold improvements with PP&E. While “goodwill” and “intangible assets” are sometimes used interchangeably, there are significant differences between the two in the accounting world.

Example of an Intangible Asset

If the company determines a useful life is finite, it should assign that life to the asset and begin amortization over that period. Any excess of carrying value over fair value should be eliminated by reducing the asset’s carrying value to fair value and recognizing an impairment loss for that amount. Once it appears the contract is renewable or extendable without substantial cost or modification, a useful life longer than the contract term is a defensible option for the company. CPAs now must decide whether the benefits the asset provides will continue indefinitely. If they will, the asset has an indefinite useful life and the company should not amortize it.

Goodwill is a premium paid over the fair value of assets during the purchase of a company. Hence, it is tagged to a company or business and cannot be sold or purchased independently, whereas other intangible assets like licenses, patents, etc. can be sold and purchased independently. Goodwill is perceived to have an indefinite life (as long as the company operates), while other intangible assets have a definite useful life.

Explaining Amortization in the Balance Sheet

Even those intangibles that weren’t assigned the full 40-year useful life prior to Statement no. 142 should be evaluated against the statement’s criteria. Under US GAAP, the cost of intangible assets are either amortized over their respective useful/legal lives, or are tested for impairment on an annual basis. Only recognized intangible assets with finite useful lives are amortized.

It is classified as an intangible asset on the balance sheet, since it can neither be seen nor touched. Under US GAAP and IFRS, goodwill is never amortized, because it is considered to have an indefinite useful life. Instead, management is responsible for valuing goodwill every year and to determine if an impairment is required. If the fair market value goes below historical cost (what goodwill was purchased for), an impairment must be recorded to bring it down to its fair market value.

Goodwill and intangible assets are usually listed as separate items on a company’s balance sheet. Statement no. 142 requires that companies revisit intangible assets with indefinite lives each reporting period to determine whether the lives are still indefinite. As a practical matter it may help to consider, at the time of acquisition, what circumstances might limit or reduce an asset’s useful life, making them easier to spot in future years. 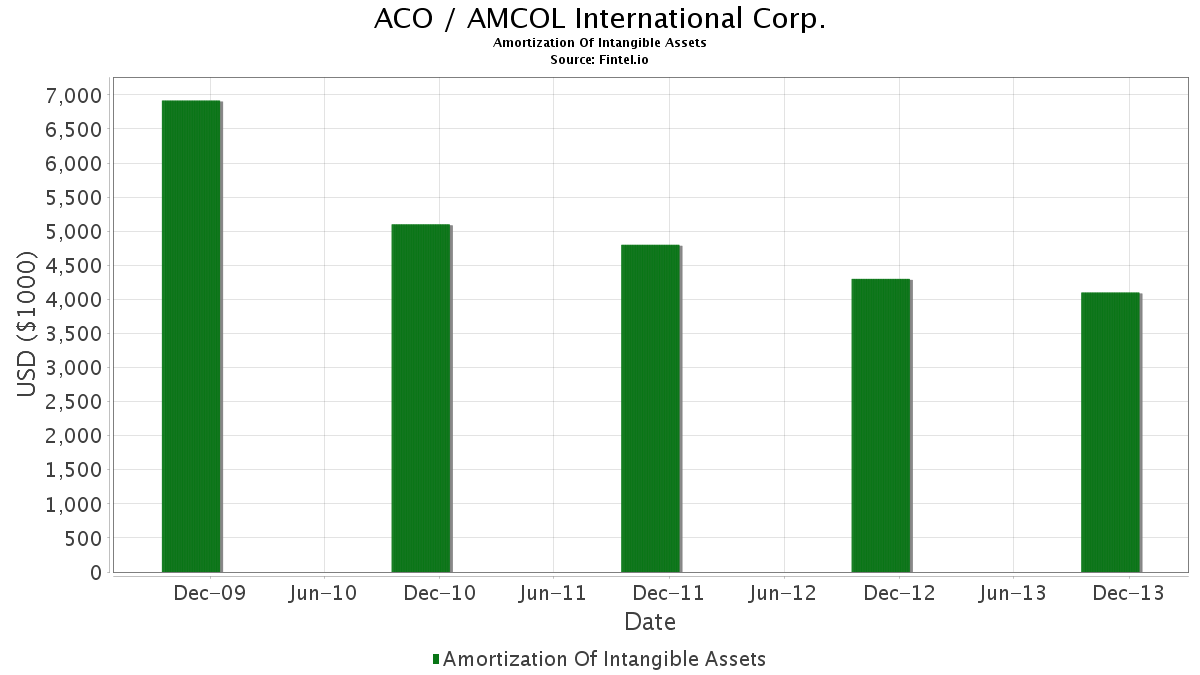 Goodwill is an example of an intangible asset that has an indefinite useful life, and is therefore tested for impairment on an annual basis as opposed to being amortized on a straight line basis. A company cannot purchase goodwill by itself; it must buy an entire business or a part of a business to obtain the accompanying intangible asset. Under current US GAAP, firms are required to compare the fair value of reporting units to the respective reporting unit’s book value, which is calculated as assets plus goodwill less liabilities.

How do you calculate amortization of intangible assets?

Amortization of intangibles is the process of expensing the cost of an intangible asset over the projected life of the asset. Intangible assets, such as patents and trademarks, are amortized into an expense account. Tangible assets are posted to expenses through depreciation. 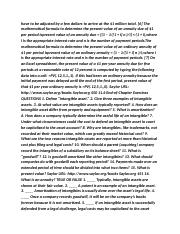 However, an increase in the fair market value would not be accounted for in the financial statements. Private companies in the United States, however, may elect to amortize goodwill over a period of ten years or less under an accounting alternative from the Private Company Council of the FASB. EXECUTIVE SUMMARY EVEN WITH THE GUIDANCE IN FASB STATEMENT NO. 142, th e useful life of certain intangible assets is difficult to judge, particularly assets that involve contracted or other legally set terms.

Companies use the useful life of assets to guide their decisions on whether or not to amortize them on their financial statements. This will help determine whether the benefits of the asset for amortization purposes will continue beyond the contract period. One of the concepts that can give non-accounting (and even some accounting) business folk a fit is the distinction between goodwilland other intangible assets in a company’s financial statements. After all, goodwill denotes the value of certain non-monetary, non-physical resources of the business, and that sounds like exactly what an intangible asset is.

Goodwill in accounting is an intangible asset that arises when a buyer acquires an existing business. Goodwill also does not include contractual or other legal rights regardless of whether those are transferable or separable from the entity or other rights and obligations. Goodwill is also only acquired through an acquisition; it cannot be self-created. Examples of identifiable assets that are goodwill include a company’s brand name, customer relationships, artistic intangible assets, and any patents or proprietary technology. The goodwill amounts to the excess of the “purchase consideration” (the money paid to purchase the asset or business) over the net value of the assets minus liabilities.