The real value of a fixed rate bond is susceptible to loss due to inflation. Because the bonds are long-term securities, rising prices over time can erode the purchasing power of each interest payment a bond makes.

What is Bond Interest Rate?

When a bond is issued, it pays a fixed rate of interest called a coupon rate until it matures. A bond’s interest rate is related to the current prevailing interest rates and the perceived risk of the issuer. Let’s say you have a 10-year, $5,000 bond with a coupon rate of 5%.

Treasuries which are considered to be one of the safest investments on the planet. Because such a large amount of money flows into these securities, it drives their price up. When it comes to bonds, prices and yields move in the opposite direction.

Diversification is all about investing in different types of assets to lower the overall risk of your portfolio. Bonds play an important role in most asset allocation models, which divide investments among stocks, money market funds and other types of investments. Since bonds typically fluctuate in value less than stocks, they can smooth out the swings in your portfolio and dampen your overall risk. Generally, asset allocation models suggest that older or more conservative investors keep a higher percentage of their investments in money market funds or short-term bonds, as opposed to stocks.

Learn to Calculate Yield to Maturity in MS Excel

For example, if you buy a $1,000 bond that pays 5 percent interest, you will receive $25 twice per year for as long as you own the bond. You will also receive your $1,000 back at the end of the bond’s life, known as the maturity date. In general, the bond market is volatile, and fixed income securities carry interest rate risk. (As interest rates rise, bond prices usually fall, and vice versa. This effect is usually more pronounced for longer-term securities). Fixed income securities also carry inflation risk, liquidity risk, call risk and credit and default risks for both issuers and counterparties.

In a period of rising rates and declining prices, the long-term bond funds will decline in value more than intermediate-term and short-term bonds. Therefore some investors and money managers will shift their fixed income investments to shorter maturities when interest rates are expected to rise. When interest rates are declining longer maturities (i.e. long-term bond funds) can be a better bet. A common misconception among beginning investors is that “bond mutual funds are safe.” Investors can understandably confuse the term “fixed income” with prices that do not fluctuate. However, fixed income investments, such as bond mutual funds, can depreciate in value.

What happens to bonds when interest rates go up?

When bond prices rise, yields fall, and vice versa. Hence, when fear rises and money flows into bonds, it pushes prices higher and yields lower. Therefore, when interest rates rise, bond prices fall, and bond investors, especially those who remain in bond funds, will feel some degree of pain.

Hence, when fear rises and money flows into bonds, it pushes prices higher and yields lower. Therefore, when interest rates rise, bond prices fall, and bond investors, especially those who remain in bond funds, will feel some degree of pain. However, to put this in its proper context, when bonds lose value, it’s usually not as bad as a decline in the stock market. And, there are some steps you can take to protect yourself from rising interest rates. Furthermore, the longer the maturity, the larger the swing in price in relation to interest rate movements.

When this occurs, the fund manager may be forced to sell bonds prematurely in order to raise enough cash to meet its redemption requests. This can have a destructive effect on the average price of a bond fund, called its net asset value (NAV).

Basic Things to Know About Bonds

For example, if a ten-year bond pays $250 fixed coupons semi-annually, in five years, the real value of the $250 will be worthless today. When investors worry that a bond’s yield won’t keep up with the rising costs of inflation, the price of the bond drops because there is less investor demand for it. A key risk of owning fixed rate bonds is interest rate risk or the chance that bond interest rates will rise, making an investor’s existing bonds less valuable. For example, let’s assume an investor purchases a bond that pays a fixed rate of 5%, but interest rates in the economy increase to 7%.

Hence, bond funds have an additional risk during periods of rising interest rates, referred to as redemption risk. Redemption risk exaggerates the pain for those who remain in the fund. Bond funds work differently than bonds because mutual funds consist of dozens or hundreds of holdings and bond fund managers are constantly buying and selling the underlying bonds held in the fund. As mentioned here previously, bond funds do not have a “price” but rather a Net Asset Value (NAV) of the underlying holdings.

Likewise, when interest rates decrease, the value of existing bonds rises, since new issues pay a lower yield. This is the fundamental concept of bond market volatility—changes in bond prices are inverse to changes in interest rates. Fluctuating interest rates are part of a country’s monetary policy and bond market volatility is a response to expected monetary policy and economic changes. While many investments provide some form of income, bonds tend to offer the highest and most reliable cash streams.

Perhaps you’ve heard the term, “The Fear Trade.” During periods of fear, many investors sell risky assets and invest them in safer investments. This could be a negative political or economic event, a natural disaster, a terrorist attack (or the threat of one), etc. This prompts investors who own risky assets, such as stocks, to sell.

The primary investment reason to buy a bond is for the income. Most bonds come with a fixed interest rate, providing regular semi-annual payments to investors. This offers predictability of both cash flow and return, something that other investments, such as stocks, cannot offer.

If he wants to sell his 5% bond to reinvest the proceeds in the new 7% bonds, he may do so at a loss, because the bond’s market price would have fallen. The longer the fixed rate bond’s term, the greater the risk that interest rates might rise and make the bond less valuable. I am a CFP professional with extensive experience working with wealthy and affluent clients. After 30 years, having worked with some of the largest firms in the world, I will attempt to lift the veil and take you behind the scenes of the financial services industry.

Lower-quality fixed income securities involve greater risk of default or price changes due to potential changes in the credit quality of the issuer. Foreign investments involve greater risks than U.S. investments, and can decline significantly in response to adverse issuer, political, regulatory, market, and economic risks. Any fixed-income security sold or redeemed prior to maturity may be subject to loss. But participants who buy and sell bonds before maturity are exposed to many risks, most importantly changes in interest rates. When interest rates increase, the value of existing bonds falls, since new issues pay a higher yield. 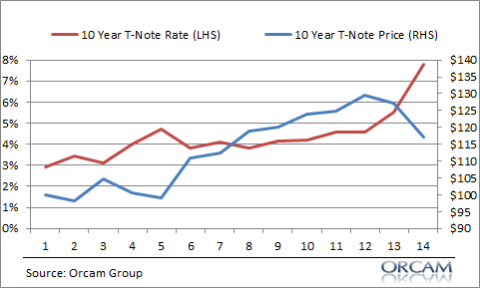 This means that new bonds are being issued at 7%, and the investor is no longer earning the best return on his investment as he could. Because there is an inverse relationship between bond prices and interest rates, the value of the investor’s bond will fall to reflect the higher interest rate in the market.

I will discuss the universe of investments including mutual funds, ETFs, bonds, and stocks. In addition, I will provide you, the reader, with practical, useable information, to empower you to take charge of your financial life, bringing clarity to the complex. For example, a given bond fund will hold hundreds, perhaps several thousand individual bonds. When interest rates rise, to avoid further losses, shareholders in a bond fund will liquidate their shares. 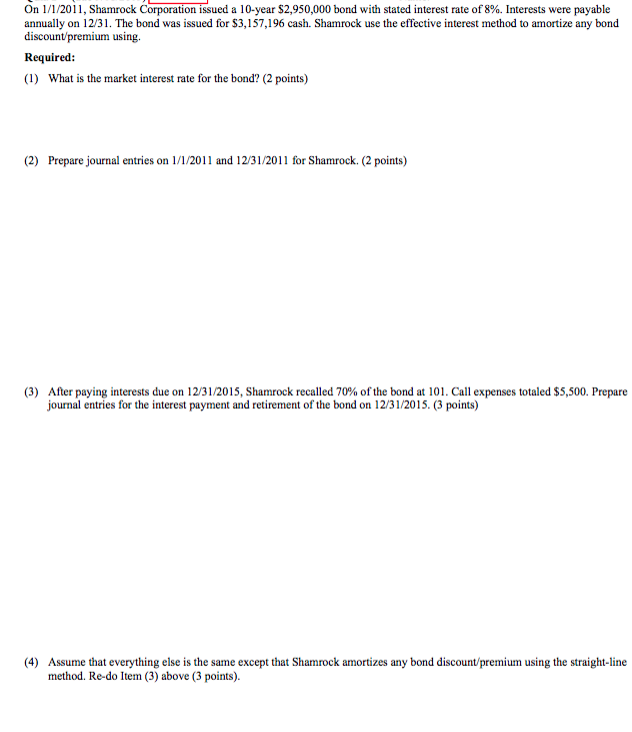