What does it mean to capitalize costs? 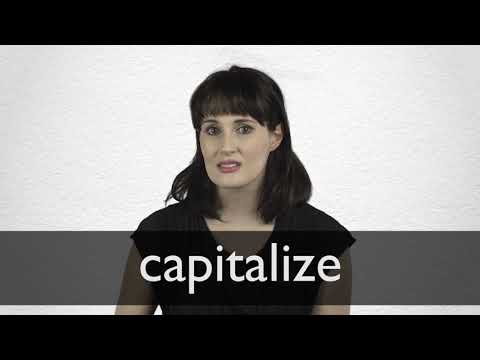 Post the entry to the company’s books, and print a copy of the trial balance to confirm that the entry posted correctly. The value of the capitalized asset will appear in the value of the corporation’s machinery and equipment on the balance sheet for the reporting period.

What Is a Capitalized Cost?

To capitalize assets is an important piece of modern financial accounting and is necessary to run a business. Financial statements, however, can be manipulated—for instance, when a cost is expensed instead of capitalized.

The costs associated with building the warehouse, including labor costs and financing costs, can be added to the carrying value of the fixed asset on the balance sheet. These capitalized costs will be expensed through depreciation in future periods, when revenues generated from the factory output are also recognized. Financial statements can be manipulated when a cost is wrongly capitalized or expensed.

If this occurs, current income will be inflated at the expense of future periods over which additional depreciation will now be charged. To capitalize is to record a cost/expense on the balance sheet for the purposes of delaying full recognition of the expense.

Current net income is obtained by deducting current expenses from current revenues and taking other factors into account. Since capitalized costs are added to the cost of a fixed asset, they contribute to the basis value of the asset upon which depreciation, depletion, and amortization are calculated.

The matching principle seeks to record expenses in the same period as the related revenues. In other words, the goal is to match the cost of an asset to the periods in which it is used, and is therefore generating revenue, as opposed to when the initial expense was incurred. Long-term assets will be generating revenue over the course of their useful life.

What does it mean to capitalize in accounting?

Capitalization is an accounting method in which a cost is included in the value of an asset and expensed over the useful life of that asset, rather than being expensed in the period the cost was originally incurred.

For instance, a company vehicle will last more than one accounting period. The matching principle states that the vehicle can’t be recorded as an expense in the year that it was purchased because this would not match future revenues with future expenses.

The income statement will not be affected at the time of capitalization. In accounting, the cost of an item is allocated to the cost of an asset, as opposed to being an expense, if the company expects to consume that item over a long period of time. Rather than being expensed, the cost of the item or fixed asset is capitalized and amortized or depreciated over its useful life. Fixed assets that qualify for such accounting treatment include facilities and other assets that a company constructs for its own use. 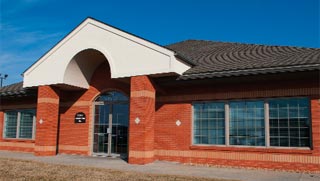 Usually, the cash effect from incurring capitalized costs is immediate with all subsequent amortization or depreciation expenses being non-cash charges. By capitalizing such expenses, or adding them to the cost basis of the asset, a truer accounting picture emerges of the acquisition cost that more accurately reflects the company’s investment in the asset. Since the asset will be generating revenue over future periods of time, it is more accurate to deduct the capitalized costs associated with the asset from revenues over those future accounting periods. Adding capitalized costs to the cost basis of a fixed asset follows the standard accounting practice of matching expenses with revenues in the periods in which revenues are earned. With the growth in the number and size of software companies, we think it’s important to shed some light on capitalized software costs.

Advantages and Disadvantages of Capitalized Costs

All of the expense the vehicle would be recognized the year it was purchased. Instead, the vehicle is capitalized and is recorded as an asset. Since all asset accounts are permanent accounts, the vehicle will remain on the balance sheet for future periods. When capitalizing costs, a company is following the matching principle of accounting.

Accumulated depreciation is a contra asset account, meaning its natural balance is a credit which reduces the net asset value. Accumulated depreciation on any given asset is its cumulative depreciation up to a single point in its life. The total cost of the capitalized asset is shown in the asset section of a corporation’s balance sheet, but the depreciation charges related to the assets are shown on the income statement. Because capitalized costs are depreciated or amortized over a certain number of years, their effect on the company’s income statement is not immediate and, instead, is spread out throughout the asset’s useful life.

What are some examples of the main types of capital expenditures (CAPEX)?

In general, capitalizing expenses is beneficial as companies acquiring new assets with long-term lifespans can amortize the costs. At the end of an accounting period, an accountant will book depreciation for all capitalized assets that are not fully depreciated. The journal entry for this depreciation consists of a debit to depreciation expense, which flows through to the income statement, and a credit to accumulated depreciation, which is reported on the balance sheet.

Capitalized costs are originally recorded on the balance sheet as an asset at their historical cost. These capitalized costs move from the balance sheet to the income statement as they are expensed through either depreciation or amortization. For example, the $40,000 coffee roaster from above may have a useful life of 7 years and a $5,000 salvage value at the end of that period. Depreciation expense related to the coffee roaster each year would be $5,000 (($40,000 historical cost – $5,000 salvage value) / 7 years). For example, expenses incurred during construction of a warehouse are not expensed immediately.

For example, office supplies are generally expensed in the period when they are incurred since they are expected to be consumed within a short period of time. However, some larger office equipment may provide a benefit to the business over more than one accounting period. These items are fixed assets, such as computers, cars, and office buildings. The cost of these items are recorded on the general ledger as the historical cost of the asset. Therefore, these costs are said to be capitalized, not expensed.